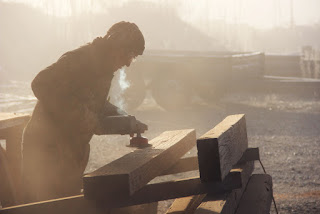 The best things in life are free and for Carl Livingston - the saw milling apprenticeship he earned while working for nothing has set him up for the future.

Now a New Zealand leader in repurposing timber for the housing and landscape markets, he turns old Australian hardwood into trusses, bridges, gates and pergolas.

His first job was pulling apart the Kingston Flyer bridge and selling it to Sir Michael Hill in Arrowtown.

Then he came up with the genius idea of milling power poles.   People told him he was mad.   But he’s since proved that Australian hardwood can be repurposed perfectly.

“These old things that have held up trains, trucks and cars come to us and get a spa and a sauna and then go back out again to these beautiful houses,” he said.

He said it was like the old wood was now living in luxury and finally being given the respect it deserved.

Originally starting in Shotover Country, Carl moved to Earnscleugh in 2010 and set up along the banks of the Clutha River, where cyclists on the nearby river track stop off and visit him.

The former ski-field access road groomer loves the bush and joined the saw milling industry in the late 1980s to change people’s perspective on it.

“I started thinking about the world and running out of resources, so I started to look at the timber.”

Thirty years on and he’s still the market leader in buying and selling Australian hardwood, to restore and repurpose.

Blanket Bay Lodge was his most ambitious project to date, along with Closeburn Station, and both really put Carl on the map.

Old beams were water blasted and wire brushed to remove 100 years of grime, producing a beautiful new product for the luxury resort.

There’s plenty more projects on the horizon now he has built up a team to help him work on the labour-intensive jobs.

His client base is always growing and changing, with the younger generation now starting to appreciate more the natural character of the wood.

Popular posts from this blog 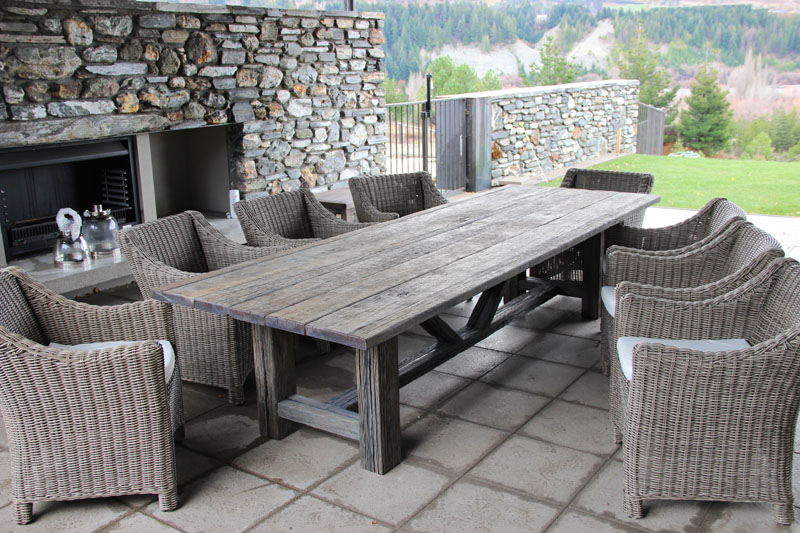 → Trusses    → Bridges    → Gates We at Ironwood very much enjoy creating long lasting furniture with character. Like for all of our other products we use nothing but beautiful old recycled hardwood. Our construction technique takes into consideration the natural movement of the timber, that's why our tables and benches are built without any glue or tech screws.  Strong, stable and durable furniture of high quality is the result. It is suitable for all environments, be it wet or dry. And bear in mind that everything about hardwood is very hard, very dense and very heavy, it would never blow away in a Northwester and will be passed on for generations. We love to take on any furniture challenge you might have to produce a piece that you imagine. We're extremely proud of our refectory tables, both dressed and rustic. Made with a unique steel framing technique that we developed for the movement needs of the wood and design character.
Read more 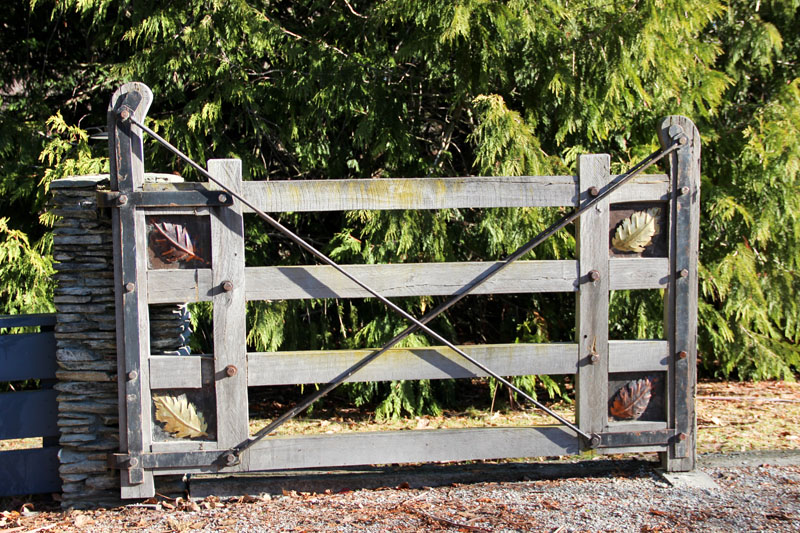 → Trusses    → Bridges    → Furniture    A gate - the entrance to your home, is the first impression people get from your house. Our high quality hardwood products don't only look beautiful, they'll also add value to your property and will last for generations.   Talk to us about your ideas and we'll be happy to built a custom entrance for your home.
Read more

→ back RED BROWNS Most common Australian hardwoods come in shades of reds and browns. There is a variety of Ironbark species which include these characteristics plus species such as Red Gum, Jarrah, Bloodwood or Spotted Gum. YELLOWS Species of Australian Hardwood that show lighter more yellowish shades tend to be either Tallowwood, Blackbutt or White mahogany. Both carry the strength and durability of typical Aussie hardwoods, but tend to have a softer, lighter look. When oiled, the woods beautiful grains are brilliantly displayed, giving each piece its own unique look. Timbers are commonly measured in three different categories: density, hardness, and durabilty. Density is measured in kg/m3 at 12% moisture content. Hardness is quantified using the Janka Rating Scale, which measures the force required to embed an 11.28mm steel ball into wood to half the ball's diameter at 12% moisture content (measured in kilonewtons). Durability is measured using the Natural Durabilit
Read more